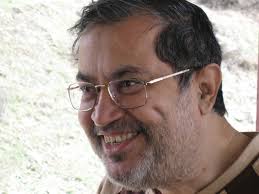 Prominent Iranian reformist Saeed Hajjarian has told reporters that the Rouhani administration is hard at work trying to secure the release of the Iranian opposition leaders who have been under house arrest since February 2011.

The senior member of the Islamic Iran Participation Front told ISNA that Rouhani can be effective as the head of the Supreme Council of National Security, adding that the president’s experience in securing an end to the house arrest of the late Ayatollah Montazeri in the past could also be of great assistance to him.

Hajjarian said: “We hope that with [Mr. Rouhani’s] leadership, the house arrest of Mousavi and Karroubi and other imprisonments are ended, and I have heard that the government is making efforts to accomplish this.”

MirHosein Mousavi, Mehdi Karroubi and Zahra Rahnavard have been put under house arrest for their role in the 2009 protests against the legitimacy of the presidential election.