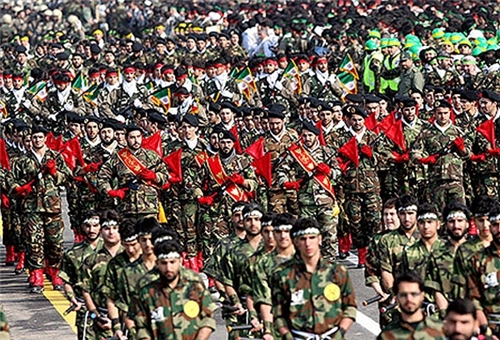 TEHRAN (FNA)- A senior commander of the Islamic Revolution Guards Corps (IRGC) underlined that battalions of the Basij (Volunteer) force are trained in accordance to the threats facing the country.

“We have two types of IRGC (Basij) battalions in Tehran, one of which is Imam Hossein (AS) battalions whose responsibility is defined in the field of defense so that if any problem occurs, they will be ready for confrontation,” Deputy Commander of Tehran’s IRGC Mohammad Rasoulallah (PBUH) Corps for Coordination Brigadier General Mohammad Rivandi told FNA on Monday.

“And the other battalion is the security Imam Ali (AS) battalions whose responsibility is defending security in the city,” he added.

Rivandi said that the Imam Ali (AS) battalions are trained in proportion to the threats which arise at specific times in a bid to acquire the necessary preparedness.

He also said that the Beit ol-Moqaddas and Kosar battalions in Tehran will stage massive drills this year and one of their agendas is city defense and relief and rescue maneuvers.

In relevant remarks last week, a provincial commander said Iran has taught new combat tactics to its Basij forces during the recent ‘Towards Beit al-Moqaddas’ exercises.

“Imam Hadi’s base has chosen the four provinces of Khuzestan, Ilam, Lorestan and Bushehr to carry out the fifth stage of Basij’s ‘Towards Beit al-Moqaddas’ and ‘Kosar’ exercises,” Deputy Basij Commander for Operations Colonel Nosratollah Seif said.

“The wargames will be staged in all the four provinces concurrently on Thursday and Friday,” he added.

Seif said that the number of forces and capabilities of Beit al-Moqaddas and Kosar battalions has tripled this year compared to the last year and therefore, the wargames will be staged with two-third of the total capabilities that Basij battalions have.

Fast reaction units of Basij forces have so far conducted tens of similar exercises, codenamed ‘Towards Beitol-Moqaddas (Jerusalem)’, throughout Iran to promote their power in confrontation against potential enemy threats against the country.

Basji commanders said that Basij would continue training of its units to promote the power of its forces for confrontation against enemies’ hard, semi-hard and soft threats.