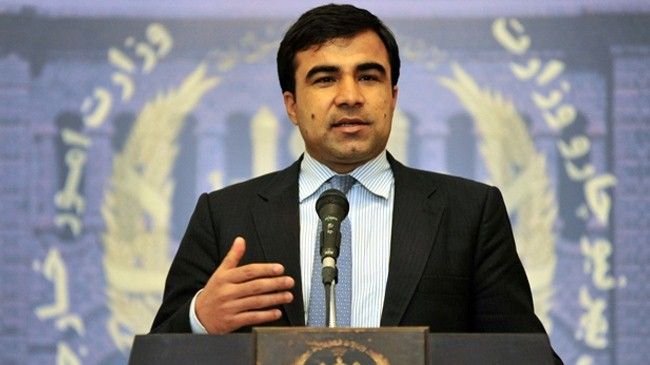 Mosazai made the remarks after Mohammad Younus Rasooli, the governor of the western Afghan province of Farah, on Thursday accused Iran of supporting armed insurgents on Afghanistan’s soil.

Heading a high-ranking delegation, Karzai arrived in Tehran on December 8 to discuss key bilateral and regional issues with Iranian officials.

Karzai and Rouhani in a meeting later on the same day sealed a “comprehensive friendship pact.”

Iran’s Foreign Ministry Spokeswoman Marziyeh Afkham said on December 10 that the foreign ministers of the two countries will soon begin the process of preparing the text of the pact, which will include political, security, economic, social and cultural aspects.