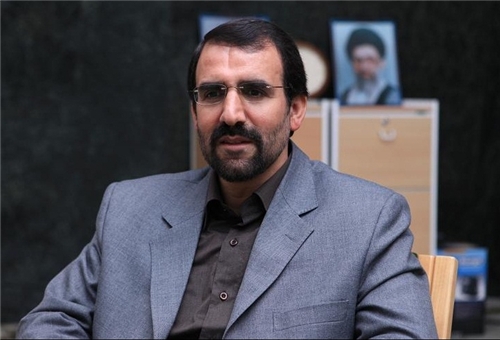 TEHRAN (FNA)- Iran’s Ambassador to Russia Mehdi Sanaei said Tehran attaches much importance to developing ties with Russia, and improvement of the relations between Iran and the West as a result of the recent nuclear deal would not hinder the Tehran-Moscow strong ties.

Speaking at a meeting with a group of Russian Iranologists and political experts, Sanaei said senior Iranian officials attach special importance to expansion of relations with Russia.

The Iranian diplomat added that some believed that with formation of the new Iranian government under President Hassan Rouhani, Iran would seek closer ties with the West at the expense of Russia, but on the contrary the new president pays due attention to enhanced ties with Moscow.

The ambassador added that the recent meeting between President Rouhani and his Russian counterpart Vladimir Putin in Bishkek signified that the two presidents are determined to further cement bilateral relations.

On Wednesday, Iranian Foreign Minister Mohammad Javad Zarif and his Russian counterpart Sergei Lavrov in a meeting in Tehran voiced the two countries’ readiness to increase consultations and meetings to confer on international and regional issues.

During the meeting, Zarif referred to Russia’s significant role, both in the region and in the international scene,  and evaluated his Russian counterpart’s visit of Iran at this particular period of time of great importance.

He expressed the hope that their meeting would mark the start point for materializing the two countries’ will for comprehensive Tehran-Moscow cooperation.

Zarif further reiterated, “The Islamic Republic of Iran is ready for further expansion of cooperation in entire fields of mutual interest more than ever before.”

The Iranian top diplomat said that it was necessary to devise a framework for regular consultations and meetings in all possible levels and to figure out a mechanism for long term cooperation, describing the 11th session of the Iran-Russia Joint Economic Cooperation Commission in near future a good opportunity for this purpose.

Zarif said that the required political will for having a comprehensive, long term relation with the northern neighbor, Russia, does exist in Iran, adding that the two countries’ cooperation is to the benefit of the two countries, the two nations, and the regional and international peace and security.

Focusing on the roles played by Iran and Russia in the region and the world and Tehran-Moscow consultations and cooperation in regional and international scenes, he said that they include shared work in Afghanistan, Syria, Iraq, the Middle East, the Caspian Sea, and the nuclear field, and the Shanghai Cooperation Organization, which are of great significance.