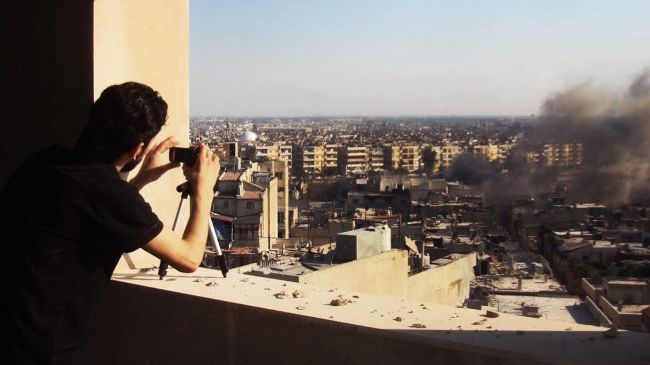 Syria tender for food calls for payment from Iran

(Reuters) – Syria tendered to import food on Friday using a credit line from Iran’s export bank in what could be a test of last month’s landmark deal to ease Western financial sanctions on Tehran.

Sanctions also imposed on Syrian President Bashar al-Assad’s government do not cover food but those on banking, asset freezes and the country’s two-year-old civil war have made tenders difficult.

“This is the first time I have seen a tender from Syria specifically offering payment by Iran,” one European trader said. “The tender document is very specific about payment.”

“The tender says there must be a written declaration by the bidder to say they are fully briefed on the Iranian credit line agreement between Syria and Iran and that they accept all the contents of the terms and conditions,” another European trader said.

The agreement between Tehran and major powers appeared to face its first major difficulty on Friday with Russia warning that a new U.S. sanctions move could “seriously” complicate its implementation.

“If Syria is indeed able to buy food staples using Iranian funds, concerns that the net benefit to Iran will end up being far greater than the $7 billion outlined in the nuclear agreement are also likely to increase,” said Torbjorn Soltvedt of risk consultancy Maplecroft.

“The threshold for potential sellers to engage with Iran is now much lower,” Soltvedt said.

A former U.S. Treasury official said it was feasible that Syria could set up a payment mechanism using Iranian funds held in various bank accounts abroad. Such funds have been used by Tehran to pay for its own food deals in recent months.

“Iran has so much money outside of the country held in accounts. That I suspect can be used to finance purchases and keep the money flowing to Assad,” said the former official, who advises companies on sanctions.

The tender specified that funds would come from the Export Development Bank of Iran, a trader said.

EU and U.S. officials dealing with sanctions could not be immediately reached for comment.

Relaxed banking sanctions on Iran could allow the country to undertake more normal financial transactions with ally Syria, where the United Nations has said evidence implicates Assad in war crimes against his own people.

Syria has struggled in recent months to buy food through tenders for rice, sugar, flour and wheat, although some deals have been struck outside of that process using middlemen.

Prospects for an especially hard winter have made Syria’s plight even more urgent with the U.N. planning its first food airlift into the country.

Syria in the past has asked to pay for its food purchases through an unlocking of funds frozen in international bank accounts.

“This is pretty clean-cut,” said James Dunsterville, an analyst at Geneva-based AgFlow. “You’ve got tender terms, you’ve got payment terms, the question is can you do it? If the answer is yes, and if you have time, then it will be done.”

If the Iranian funding works well, this may be the way Syria undertakes food imports while the current political upheaval continues, he said.

Another trader said: “Given there is yet to be complete clarity on this, one way they could make this work is Iran may opt to use their locked funds in various accounts that can be used for food payments. The feeling is this may work as it is humanitarian business.”

“Cargill, like a variety of other multinational companies with a global agricultural footprint, does sell agricultural commodities to Iran and Syria as food is specifically excluded from the sanctions.”