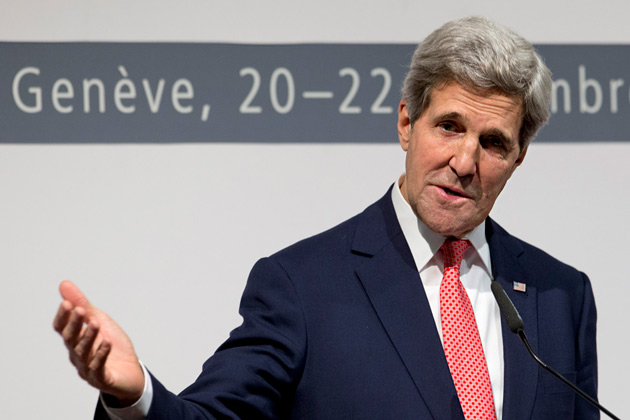 US Secretary of State John Kerry has sidestepped questions about a missing agent of the Central Intelligence Agency who was spying in Iran.

“I don’t have any comment whatsoever on the condition with respect to employment or any other issue.” Kerry said during a press conference on Friday.

The top US diplomat also refrained from acknowledging that the agent was spying for the United States in Iran.

However, Kerry emphasized he would continue his efforts to secure the CIA operative’s release and return to the country.

“We have raised the issue of his whereabouts on a continuing basis,” he said.

Robert Levinson had been working in Iran for the Central Intelligence Agency, gathering intelligence on high-ranking government officials when he vanished nearly seven years ago.

According to US media outlets, the CIA paid Levinson’s family two and a half million dollars to avoid a revealing lawsuit.

Three veteran CIA analysts were forced out of the agency and seven others were disciplined over the botched mission. Iran says it has no information on the whereabouts of Levinson, but it is willing to help find the operative on humanitarian grounds.