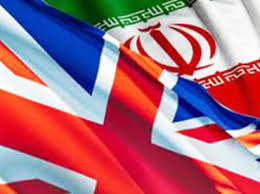 London, Dec 14, IRNA – The Iranian non-resident Charge D’affaires to Britain spoke about the outcome of his 1st visit of London at this capacity at the end of his two-day visit on Friday before departing for Tehran.

Mohammad-Hassan Habibollahzadeh told IRNA that his talks with the British Foreign Office officials, including his British counterpart Ajay Sharma were useful and constructive.

“Following the agreements reached between the two countries’ foreign ministers, these talks are a part of the step-by-step process aimed at resolving the existing issues, so that eventually and after achieving mutual understanding over some matters, the ground would be paved for improvement of bilateral relations,” he said.

The Iranian non-resident charge d’affaires said that the time for re-opening of the embassies depends on the process of negotiations, reiterating, “God willing, after resolving some issues over which we are negotiating now, we would reach that phase.”

Habibollahzadeh said that all in all he was pleased with the prevailing atmosphere of the talks, which he said were useful and constructive, adding, “Both sides put forth their viewpoints clearly and survey the details aimed at achieving progress in the process of the step-by-step improvement of bilateral ties.”

The Iranian diplomat also said that he had had a meeting with the British members of the Britain-Iran Parliamentary Friendship Group on Thursday at the British Parliament, in which they had talked about parliamentary cooperation and that group’s upcoming visit of Iran.

“I delivered the Iranian Iran-Britain Parliamentary Friendship Group’s invitation of their British counterparts to them in the meeting, which was wholeheartedly welcomed, as they were very willing to visit Iran,” he said.

The Iranian non-resident charge d’affaires said that in this first trip he had also visited the diplomatic buildings of the Islamic Republic of Iran in London and been personally informed of the process of offering consular services to the Iranians residing in Britain.

Habibollahzadeh said that he had also visited the Embassy of Oman, where the interests section of Iran in Britain is situated during this two-day visit of London.

In October, Iran and Britain agreed to announce the names of their non-resident charges d’affaires.

On November 27, 2011, Iranian lawmakers had voted by a large majority to downgrade diplomatic ties with the United Kingdom, in response to Britainˈs decision to impose sanctions on the Central Bank of Iran over the allegation that Iran is pursuing non-civilian objectives in its nuclear energy program.