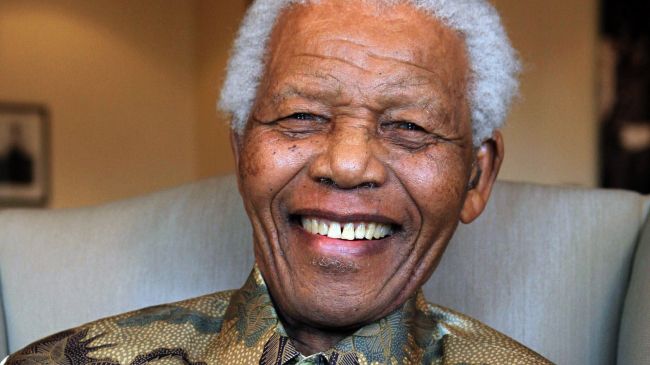 Organized by the Iranian Artists Forum (IAF), the show which has been titled “Nelson Mandela: The Bird of Freedom” will welcome all various works focused on the determined theme.

Meanwhile, the Iranian artist Reza Nouri, in paying his tribute to Mandela, is working on a ceramic tableau that depicts portrait of the legend liberal.

“The gold-inlaid portrait of Mandela is highlighted on a background, which has been divided in several sections. Each section depicts part of the life of the African people,” Nouri explained.

Nouri’s art creation titled “The White Africa” is slated to be sent to Johannesburg to be placed on Mandela’s tomb, ISNA quoted Nouri as saying.

Mandela served as president of South Africa from 1994 to 1999, and was the first South African president to be elected in a fully representative democratic election.

After years of resistance against apartheid rule in South Africa, Mandela was arrested in 1962. He was sentenced to life in prison, where he served over 27 years. He spent many of those years on Robben Island.

In South Africa, Mandela is often known as Madiba, his clan name, or as tata, which means father.

South Africa’s former president Nelson Mandela has passed away at age 95 in his Johannesburg home on December 5, 2013.