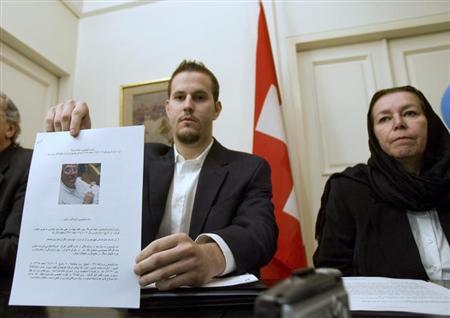 (Reuters) – An American with links to the Central Intelligence Agency was investigating suspicions that Iranian government officials were diverting petroleum funds and laundering them through Canada when he went missing in Iran in 2007, a lawyer for his family said on Friday.

McGee, who has been looking into Levinson’s disappearance for six years, said the missing American’s inquiry involved trying to trace money laundered through Iranian exiles living in Toronto. He did not provide further details of the investigation.

Reuters could not immediately verify McGee’s assertions. It was not clear whether Levinson was working for the CIA or a private client at the time of his disappearance.

The Associated Press and The Washington Post reported on Thursday that Levinson was not a private citizen on a business trip to Iran in 2007 as the U.S. government often said but was in fact working for a rogue CIA operation when he disappeared.

Current and former U.S. officials acknowledged to Reuters on Friday that Levinson had a relationship with the CIA as a source at the time he visited Kish Island, a resort in the Gulf, and disappeared.

His arrangement with the CIA’s intelligence division, which is not authorized to handle informants, went against the agency’s protocol, U.S. officials said.

McGee acknowledged details of Levinson’s visit to Iran after the publication of the Associated Press and Washington Post articles.

Iran has said it does not know where Levinson is. A video released in 2011 showing him pleading for help. He did not say who was holding him or where.

McGee said that disclosing further details of what Levinson was doing in Iran when he went missing could increase the risk for him, assuming he is still alive.

“There are benefits and there are risks,” he said. “The negative is additional risk to Bob. The positive is that the family can step up pressure on the United States government” to redouble efforts to find Levinson, McGee said.

Levinson’s family believe that the U.S. government has “not acted to its full capacities” in trying to free him, McGee said.

White House spokesman Jay Carney said Levinson “was not a U.S. government employee when he made that trip” to Iran.

People familiar with Levinson’s activities said he went to Kish Island to meet with Daoud Salahuddin, a fugitive American also known as David Belfield, who had fled there in 1980. It was not clear whether the attempt to meet Salahuddin related to Levinson’s money-laundering investigation.

Salahuddin was charged with murder in the shooting death of a former spokesman for the Shah-era Iranian Embassy at his suburban Washington home during the hostage-taking of American diplomats in Tehran. Salahuddin spent the following decades pursuing activities ranging from English teaching to fighting with militants in Afghanistan.