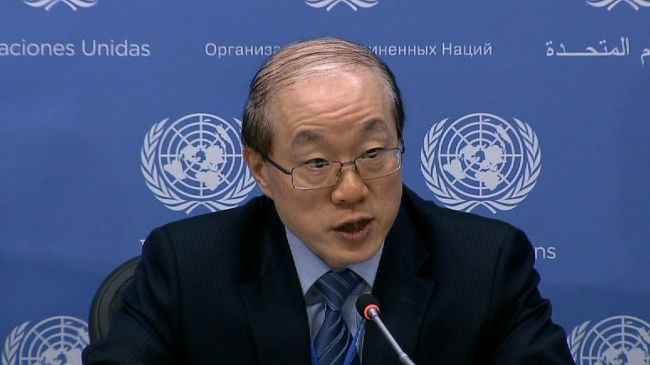 China has hailed the recent agreement between Iran and six world powers as a major move toward resolving the West’s dispute with Iran over its nuclear energy program.

The deal is “a significant first step in the process of the diplomatic settlement of the Iranian nuclear issue,” Liu Jieyi, China’s permanent representative to the UN, said on Thursday, stressing the accord is “in line with the common interests of all parties.”

The deal has once again proved that negotiation is the “only viable approach” to properly resolve the issue, Liu said.

He expressed hope that all parties would implement the agreement properly, maintain a good momentum of dialog and make progress towards a comprehensive, long-term and thorough settlement of the standoff.

“China will adhere to the general direction of a political solution, continue to work with all parties, and make unremitting efforts for the ultimate solution to the Iranian nuclear issue,” he said.