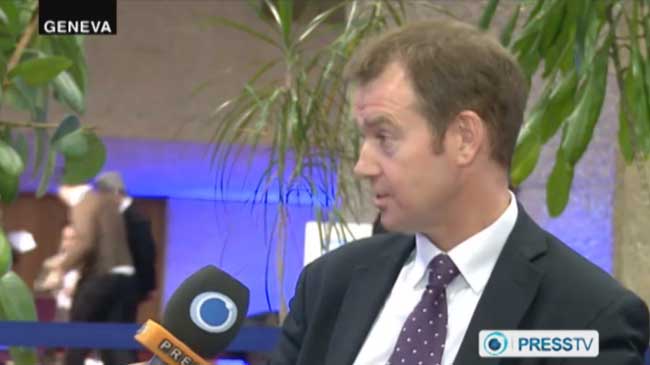 The November 24 interim accord, reached after marathon talks in Geneva, is seen as a step towards resolving a decade-old standoff over suspicions that Iran is covertly seeking the capability to make nuclear weapons, a charge Tehran denies.

Experts from Iran, the United States, France, Germany, Britain, China, Russia and the European Union labored during a December 9-12 meeting at the headquarters of the U.N. nuclear watchdog to agree on how to carry it out in practice.

But, in a sign of the technical difficulties involved, they will now consult with their capitals before meeting again.

“There will now be consultations in capitals, in the expectation that technical talks will continue soon.”

Ashton’s office is coordinating talks with Iran on behalf of the six powers involved in diplomacy with Iran, which says its nuclear program is entirely peaceful and aimed at building nuclear power plants.

Mann gave no details on whether any specific issues might have created problems.

Diplomats earlier said it was very hard to translate the breakthrough Geneva agreement into a plan for action, but that there was a political will to iron out any differences.

That deal called for Tehran to restrain its nuclear program in return for a limited easing of international sanctions that have battered the major oil producer’s economy.

Iranian officials suggested after the second day of talks on Tuesday that progress was being made. They have since declined to comment.

Western diplomats had said the talks in Vienna were to hammer out details not addressed at the November 20-24 talks in Geneva.

These include how and when the U.N. International Atomic Energy Agency (IAEA), which regularly visits Iranian nuclear sites to ensure that there are no diversions of atomic material, will carry out its expanded role in checking compliance with the agreement and other technical issues.

A start to sanctions relief would hinge on verification that Iran was fulfilling its side of the accord, including the suspension of its higher-grade uranium enrichment work, the diplomats said.

The deal was designed to halt Iran’s nuclear advances for six months to buy time for negotiations on a final settlement of a dispute that has stirred fears of a new Middle East war.

Diplomats say implementation may start in January after technical matters have been settled.

Scope for diplomacy widened after Iran elected the pragmatic Hassan Rouhani as president in June. He had promised to reduce Tehran’s international isolation and win relief from sanctions.