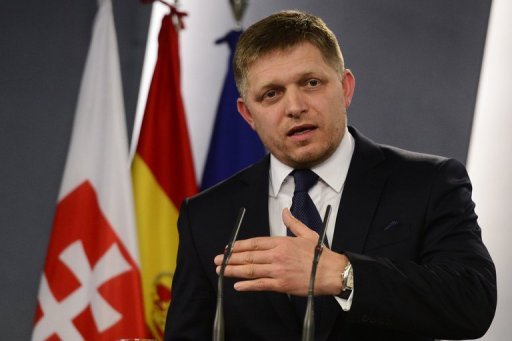 (Reuters) – Slovak Prime Minister Robert Fico held talks with Iranian officials in Tehran on Thursday to try to enable two Slovak paragliders who had been detained over accusations of spying to leave the country.

Eight Slovaks were held in Iran in May on suspicion of taking photographs of restricted areas. Six were freed in September.

The Slovak government said Fico held discussions with First Vice-President Eshaq Jahangiri and met the pair at the Slovak embassy in Tehran.

A government spokeswoman said talks were continuing on a lower level so they can leaveIran.

“Slovak state representatives have met both Slovak citizens at our embassy in Tehran,” the government said. “Talks are continuing on the level of the relevant security authorities.”

Slovak media had reported the group was detained near the central Iranian city of Isfahan, where there is a uranium conversion facility.

Iran has frequently leveled accusations of espionage against both foreign nationals and Iranians in recent years.

However, there has been a thaw in Iran’s ties with the outside world, made possible by the election of a relative moderate, Hassan Rouhani, as president on a platform of ending Iran’s international isolation.

Iran reached a breakthrough deal last month with six world powers on curbing its nuclear program in return for a limited easing of international sanctions.