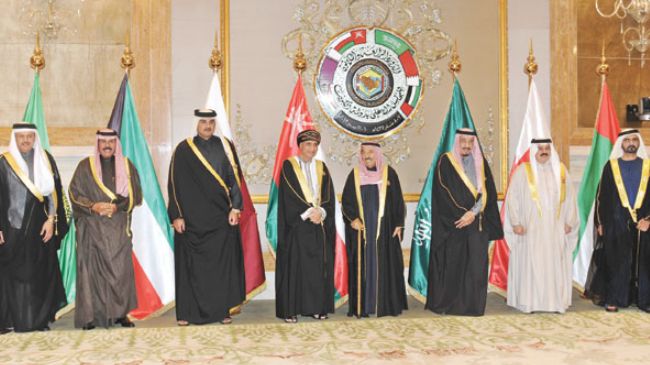 Saudi Arabia has warned that the [Persian] Gulf Cooperation Council ([P]GCC) will cut off aid to Oman should it leave the council, Saudi local media reports say.

The 34th [P]GCC Summit in Kuwait City concluded on Wednesday with members agreeing to create a joint military force in spite of Oman’s warnings it will not take part in attempts to forge the union.

“The Supreme Council agreed on the establishment of the joint military command [for] the GCC member states and assigned the Joint Defense Council to take necessary measures to put this agreement into effect according to the relevant studies,” the [P]GCC said in a statement issued on the same day.

The editor-in-chief of the Riyadh-based newspaper Al Eqtisadiah has reportedly said that Oman is opposed to the union and as a result will lose the economic aid from the members of the [P]GCC which is up to seven billion dollars.

Oman has announced its opposition to a proposal by Saudi Arabia for upgrading the [P]GCC into a union with a common military force.

“We will not prevent a union, but if it happens we will not be part of it,” Omani Foreign Minister Yusuf bin Alawi stated. “We will simply withdraw.”

Saudi Arabia offered the proposal in 2011 following popular uprisings in countries such as Bahrain, which was an early supporter of the idea.