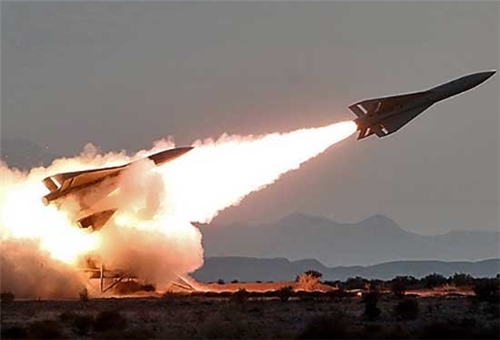 TEHRAN (FNA)- Commander of the Islamic Revolution Guards Corps (IRGC) Major General Mohammad Ali Jafari said each and every part of Iran can fire missiles at enemy targets, adding that these launch points equipped with various firing methods are untraceable.

“Today one of the deterrent components against the enemy is our different defensive capabilities, specially the missile capability,” Jafari said in Tehran on Thursday.

Stressing that the Iranian Armed Forces enjoy very high missile capabilities, he said, “The enemies do not have actual real-time intelligence on the places where we keep our missiles; they might know the early places that we keep these missile, but the final and main places for storing them are secret; also the methods used for firing these missiles have been stretched across the country.”

The IRGC commander implied that the places where Iran keeps its missiles have been scattered across the country and that there is no need for transferring any kind of missile to a distant place for launching it as various launch-pads have been deployed all throughout the country.

General Jafari declined to reveal any further detail in this regard, but said “the way we keep and store and fire our missiles is similar to the assymetric methods that (the Lebanese) Hezbollah used during the 33-day war” in Summer 2006.

“The enemy cannot hinder the firing of our missiles even if it makes use of thousands of bombs,” Jafari reiterated.

In relevant remarks on Tuesday, Jafari said the IRGC’s military power could not be destroyed even by thousands of enemy bombs.

Jafari’s remarks came after the controversial remarks were attributed to Iranian Foreign Minister Mohammad Javad Zarif that “the US can render the entire defense system of Iran ineffective with a single bomb”.

The general said Zarif’s remarks are “incorrect” because the foreign minister “lacks military experience and expertise”.

“We consider him a seasoned and experienced diplomat, but he has no experience in military affairs and this is why he has made these remark,” Jafari said.

Last week, General Jafari underlined that Iran will give a crushing response to any possible aggressor.

The IRGC commander deplored the US President Barack Obama’s repeated rhetoric of “military option against Iran is on the table, as “ludicrous” and said, “Repetition of such an absurd sentence by the officials of the US and the fake and evil Zionist regime (of Israel) sounds funny to the Iranian nation.”

In November, the Supreme Leader warned Iran’s enemies to avoid even thinking of any aggressive move against the country, stressing that the Iranian Armed Forces are ready to give such a crushing response to any threat that aggressors will never forget.