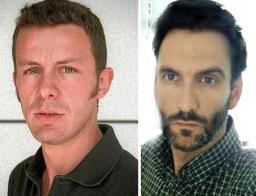 TEHRAN, Dec. 11 (MNA) – A radical group linked to al-Qaeda kidnapped two Spanish journalists reporting in Syria in September and is holding them captive.

El Mundo correspondent Javier Espinosa and Ricardo Garcia Vilanova, a freelance photographer, were seized on September 16 in Raqqa province by the terrorist Islamic State of Iraq and Syria (ISIS), the Spanish daily said on its website, according to AFP.

In an emotional press conference in Beirut, hours after El Mundo announced the kidnapping, Espinosa’s wife urged the journalists’ captors to free them.

El Mundo said the pair was kidnapped at a checkpoint near the Turkish border as they tried to leave Syria at the end of a two-week reporting mission.

They were taken along with four members of a rival rebel group, who were supposed to protect them, the newspaper said. The four Syrians were later released.

El Mundo said it had kept the kidnapping quiet until now while it held indirect communications with the captors, who have still not asked for anything in return for their captives.

Twenty-five journalists have been killed there since the start of the conflict in early 2011, and a similar number are missing or detained, it estimated last month.

Another Spanish journalist was kidnapped in Syria in early September.