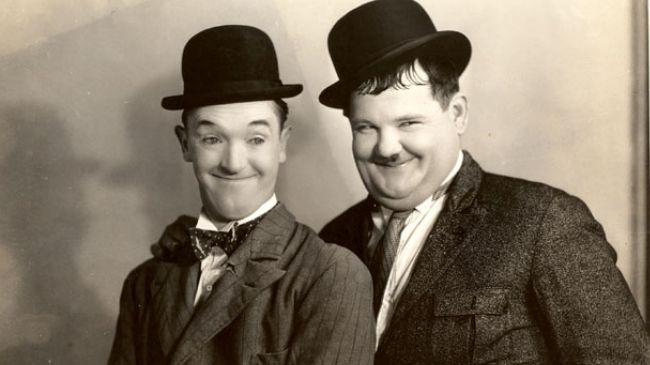 Comedy legends Laurel, Hardy biopic to be made

The life and career of two classic comedians Laurel and Hardy are slated to inspire a new film drama that will be made in the United Kingdom.

The film is programmed to be produced by the British Broadcasting Corporation (BBC) in collaboration with the Weinstein Company.

The movie will mainly revolve around the two artists’ tour of Britain in 1953 that was led to the tragic problems.

Casting details, a filming schedule and a date for the film’s transmission have not been unveiled yet.

They appeared in 107 films with the pair starring in 32 short silent films, 40 short sound films and 23 full-length feature films. Many of the films became Hollywood treasure.

The popular humor the actors performed was a “tit-for-tat” fight with an adversary.

Hardy eventually died in 1957 at the age of 65. Laurel died eight years later aged 74, having received an honorary Oscar in 1961.