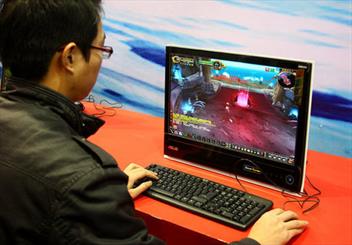 Xbox among US and UK spy agencies targets

TEHRAN, Dec. 10 (MNA) – To the National Security Agency analyst writing a briefing to his superiors, the situation was clear: their current surveillance efforts were lacking something.

The agency’s impressive arsenal of cable taps and sophisticated hacking attacks was not enough. What it really needed was a horde of undercover Orcs.

That vision of spycraft sparked a concerted drive by the NSA and its UK sister agency GCHQ to infiltrate the massive communities playing onlinegames, according to secret documents disclosed by whistleblower Edward Snowden.

The agencies, the documents show, have built mass-collection capabilities against the Xbox Live console network, which has more than 48 million players.

Real-life agents have been deployed into virtual realms, from those Orc hordes in World of Warcraft to the human avatars of Second Life. There were attempts, too, to recruit potential informants from the games’ tech-friendly users.

Online gaming is big business, attracting tens of millions of users worldwide who inhabit their digital worlds as make-believe characters, living and competing with the avatars of other players.

The ability to extract communications from talk channels in games would be necessary, the NSA paper argued, because of the potential for them to be used to communicate anonymously: Second Life was enabling anonymous texts and planning to introduce voice calls.

Given that gaming consoles often include voice headsets, video cameras, and other identifiers, the potential for joining together biometric information with activities was also an exciting one.

Although they claimed to spy on games to prevent terrorist attacks, the documents contain no indication that the surveillance ever foiled any terrorist plots, nor is there any clear evidence that terror groups were using the virtual communities to communicate as the intelligence agencies predicted.

The operations raise concerns about the privacy of gamers. It is unclear how the agencies accessed their data, or how many communications were collected. Nor is it clear how the NSA ensured that it was not monitoring innocent Americans whose identity and nationality may have been concealed behind their virtual avatar.

The California-based producer of World of Warcraft said neither the NSA nor GCHQ had sought its permission to gather intelligence inside the game. “We are unaware of any surveillance taking place,” said a spokesman for Blizzard Entertainment. “If it was, it would have been done without our knowledge or permission.”

Microsoft declined to comment on the latest revelations, as did Philip Rosedale, the founder of Second Life and former CEO of Linden Lab, the game’s operator. The company’s executives did not respond to requests for comment.

The NSA declined to comment on the surveillance of games. A spokesman for GCHQ said the agency did not “confirm or deny” the revelations but added: “All GCHQ’s work is carried out in accordance with a strict legal and policy framework which ensures that its activities are authorised, necessary and proportionate, and there is rigorous oversight, including from the secretary of state, the interception and intelligence services commissioners and the intelligence and security committee.”

Meanwhile, the FBI, CIA, and the Defense Humint Service were all running human intelligence operations – undercover agents – within Second Life. In fact, so crowded were the virtual worlds with staff from the different agencies, that there was a need to try to “deconflict” their efforts – or, in other words, to make sure each agency wasn’t just duplicating what the others were doing.

Second Life continued to occupy the intelligence agencies’ thoughts. One memo noted the game’s economy was “essentially unregulated” and so “will almost certainly be used as a venue for terrorist laundering and will, with certainty, be used for terrorist propaganda and recruitment”.

In reality, Second Life’s surreal and uneven virtual world failed to attract or maintain the promised mass-audience, and attention (and its user base) waned, though the game lives on.