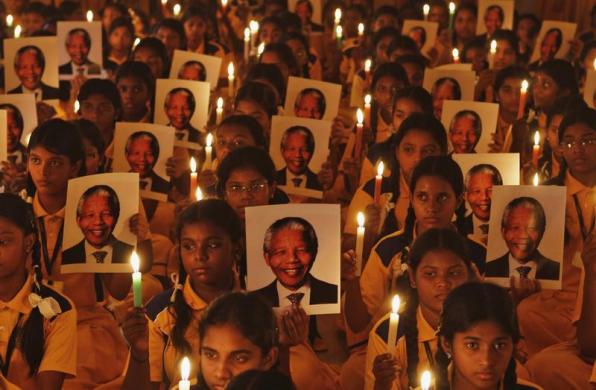 Some 50 world leaders are to attend the funeral procession of the father of modern South Africa, who died at age of 95 on December 5, slated for December 15.

Mandela is hero of peace and forgiveness and a model for the revolutionary leaders who toppled dictatorial regimes.

After he became president of South Africa, he pardoned security officers and justice officials of the apartheid regime for detaining him for 27 years.

He said that I forgave, but, not forgot the crimes the apartheid regime perpetrated in South Africa.

A ceremony to commemorate the late South African anti-apartheid leader was held in Tehran tonight in presence of senior Iranian officials and political figures.