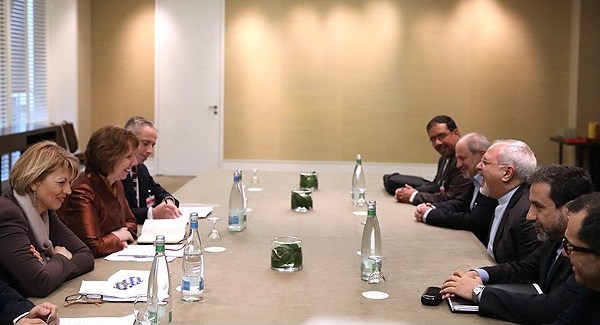 TEHRAN (FNA)- The recent nuclear accord between Iran and the World Powers was a great victory for diplomacy and peace and prepares the ground for Iran’s better role playing in the region and on the world stage, an American think-tank said.

Nasser Saghafi-Ameri in an article for the Institute for Middle East Strategic Studies (IMESS) wrote that in general Iran’s nuclear deal is “a positive development that allows Iran to play a more constructive role in dealing with many crises that the region is now facing”.

He also said that this accord can remove all concerns that existed around Iran’s nuclear program despite the fact that Iran has never moved towards using the military aspects of the nuclear energy.

Ameri added it seems that the opponents of this agreement like Saudi Arabia and Israel are more concerned about the balance of power in the Middle East that “will be tipped toward Iran”, and the nuclear issue is just an excuse for them.

He also said as the 21st century belongs to Asia, Iran can best fill the gap between the West and Asian powers.

“Iran’s role can be more appreciated at the time that Asia is on the rise and a strategic shift is occurring from Europe to Asia. In that shift, the focus on the Middle East as hub of world’s energy will grow even more than present. Iran that enjoys good relations with both Russia and China can prevent any power vacuum that might be created when the US will eventually shift away the focus of its strategy from this vital region,” Ameri underlined.

Referring to Iran’s confidence-building measures during the nuclear negotitions, he said, “It was Iran that for the success of the negotiations, displayed its goodwill by accepting some intrusive measures for inspection of its nuclear facilities that goes not only beyond the NPT obligations but also the Additional Protocol. Iran’s diplomatic gambit even stunned some experts in the West whose skepticism toward Iran’s nuclear program is notorious.”

He also called the Geneva nuclear agreement as a “win-win deal for both parties” and also a great victory for those who believe that differences can be removed by negotiation and diplomacy.

In Geneva III western powers indirectly admitted that Iran’s nuclear facilities are too advanced to be destroyed by military attacks, he said.

“Thanks to the stubborn policy by the West to confront Iran’s peaceful nuclear program, Iran is now a nuclear threshold state similar to some other countries like Japan and Germany, enjoying a ‘nuclear deterrence’ without having the bomb,” Ameri said.