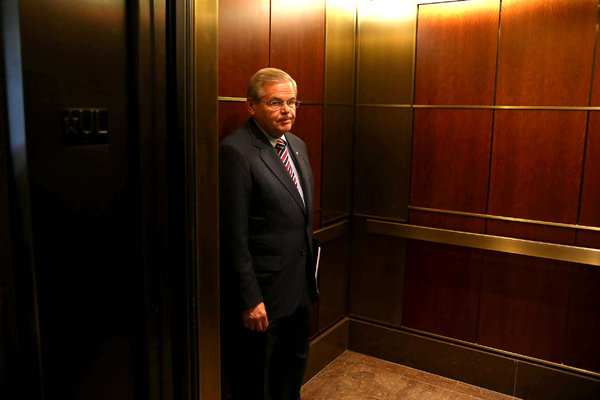 (Reuters) – Two U.S. senators are preparing legislation to impose new sanctions on Iran in six months if an interim deal on the Islamic Republic’s nuclear program goes nowhere, penalties that Iran’s foreign minister has said would kill the agreement.

The legislation, which faces an uphill battle amid opposition from the White House, would seek to limit the ability of President Barack Obama’s administration to waive sanctions on Iran. It would also reimpose sanctions if Tehran reneges on an interim deal struck last month.

A senior Republican Senate aide, speaking on condition of anonymity, called the legislation “an insurance policy to protect against Iranian deception.”

The White House last week said it opposed an effort by some members of the Senate to impose new sanctions on Iran, even if they would not take effect for months.

On Monday, Ben Rhodes, a White House deputy national security adviser, said “sanctions during the course of negotiations would be seriously counterproductive,” and could unravel the unity of the global powers that crafted the interim deal with Iran.

The United States, China, Russia, France, Britain and Germany hammered out with Iran last month a six-month deal in which Iran would curb its nuclear program and allow daily inspections of its enrichment facilities. In exchange, the United States would stop trying to drive down Iran’s oil exports to global consumers and Tehran would get about $7 billion of sanctions relief in the form of access to foreign assets and relaxations on trade in precious metals, petrochemicals, and autos.

Iranian Foreign Minister Mohammad Javad Zarif told Time magazine in Tehran during the weekend that new sanctions – even if delayed – would kill the agreement reached in Geneva.

“The entire deal (would be) dead,” Zarif said, adding that Iran’s parliament could also adopt legislation that would go into effect if talks fail. “But if we start doing that, I don’t think that we will be getting anywhere.

The senators may try to add the legislation to a must-pass bill such as the National Defense Authorization Act, an annual defense spending bill due to be debated in the Senate this week. It was not clear yet which path they would take, but a deal could come as early as Monday night the Republican aide said.

Last week, the leaders of three U.S. Senate committees asked intelligence officials for regular briefings on whether Iran is complying with the interim agreement. Senators Tim Johnson, chairman of the Banking Committee, Dianne Feinstein, who heads the Intelligence Committee, and Carl Levin, who heads the Armed Services Committee, sent the request to James Clapper, the director of National Intelligence. Their fellow Democrat, Menendez, did not sign the letter.