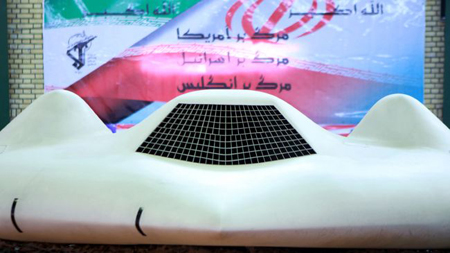 TEHRAN (Tasnim) – Iran has managed to reverse engineer most parts of its version of the US RQ-170 Sentinel stealth drone, a senior Iranian military commander announced Tuesday.

“Most of the works regarding the manufacturing of Iranian (version) of RQ-170 drone have been done,” Lieutenant Commander of the Islamic Revolution Guards Corps (IRGC) Brigadier General Hossein Salami told reporters on the sidelines of a conference here in Tehran today.

The commander, however, said that he cannot say exactly when the drone will be unveiled. “We are seeking to reach final result soon,” he noted.

In October, Commander of the IRGC Aerospace Organization Brigadier General Amir Ali Hajizadeh said the IRGC is preparing the local version of US drone RQ-170 to make its maiden flight in the near future.

“One of our projects was manufacturing, through reverse engineering, of the aircraft… and have made good progress. We are willing to fly it when it is possible and provide further information. The time for RQ-170’s test flight is quite close, but the IRGC is acting a bit cautiously in the case,” elaborated Hajizadeh.

On December 4, 2011, an American Lockheed Martin RQ-170 sentinel unmanned aerial vehicle was captured by Iranian forces near the city of Kashmar in northeastern Iran. The drone was brought down by the Iranian Armed Forces’ electronic warfare unit which commandeered the aircraft and safely landed it.

Earlier Iran announced it had completed decoding the surveillance data and software extracted from the Central Intelligence Agency (CIA) drone.

After capturing the aircraft, Iran announced that it intends to carry out reverse engineering on the captured RQ-170 Sentinel stealth aircraft, which is similar in design to a US Air Force B-2 stealth bomber.