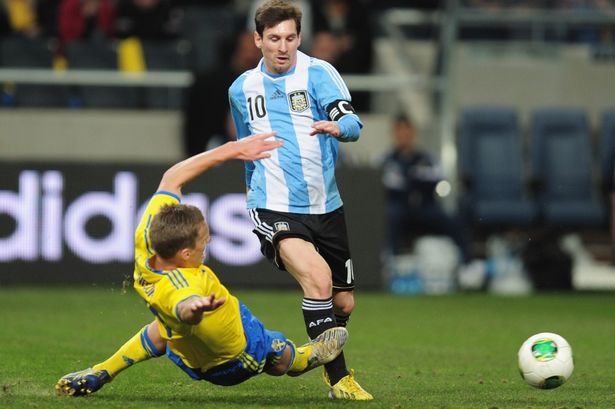 Lionel Messi has faced a wrath of insults on his official Facebook page from Iran supporters.

The Barcelona phenomenon was the subject of a series of negative messages following the draw for the World Cup group stages last week.

Argentina were drawn in Group F – alongside Bosnia, Nigeria and Asia qualifiers Iran – in what is a somewhat straightforward group for the South Americans.

And following a recent post on his Facebook page, Messi was taunted by over 30,000 Iran supporters ahead of the clash in Brazil next summer.

The 26-year-old had uploaded a clip of a new ‘selfie shootout’ between him and Kobe Bryant for Turkish Airlines – prior to the abuse.

However, the negative comments were soon outweighed by favourable ones – as many Iranian natives apologised for the remarks, insisting that Messi will continue to be a hero to them.

He is currently out injured with a hamstring problem and hopes to return in time for the New Year, with his country one of the favourites for next summer’s tournament.