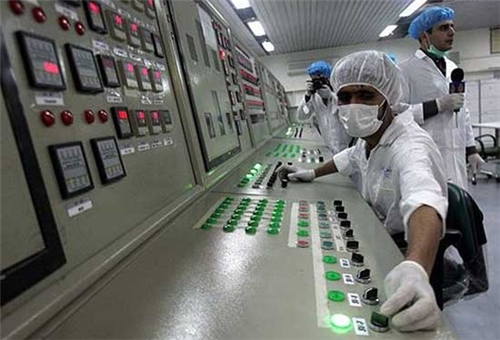 Experts to thrash out workings of Iran nuclear deal

Technical experts from Iran, world powers and the UN atomic watchdog were due to start working out on Monday the nuts and bolts of implementing last month’s landmark nuclear deal.

In particular the two-day meeting will seek to nail down the start date of Iran’s promised six-month freeze of parts of its nuclear work, how this will be monitored and when sanctions will be eased.

After the talks with representatives from the United States, China, Russia, Britain, France and Germany — the P5+1 — Iranian officials will then meet just with the International Atomic Energy Agency on Wednesday.

In a major diplomatic breakthrough on November 24, Tehran committed to limit uranium enrichment to low levels for six months and not to make further advances at its Fordo, Natanz and Arak facilities.

Iran will also neutralise its stockpile of medium-enriched uranium — which is easy to convert to weapons-grade — and allow more intrusive IAEA inspections.

Iran’s envoy to the IAEA, Reza Najafi, told reporters on November 29 that he expected the implementation of the deal to begin “either at the end of December or the beginning of January.”

The measures will lengthen the time Iran would need to develop nuclear weapons — if it chose to — and aim to build trust while a longer-term deal is negotiated.

Israel however, widely believed to have nuclear weapons itself and which has refused to rule out bombing Iran, has sharply criticised the accord, with Prime Minister Benjamin Netanyahu calling it a “historic mistake”.

On Sunday Netanyahu insisted that a “military option” must be available for the success of the negotiations aimed at reining in Iran’s disputed nuclear program.

Netanyahu, speaking at a forum in Washington, said the Jewish state shared US President Barack Obama’s “preference” to pursue diplomacy “but for diplomacy to succeed, it must be coupled with powerful sanctions and a credible military threat.”

The deal, coupled with Washington’s reluctance to take military action against the Tehran-backed Syrian regime, has also irked mostly Sunni Gulf states that view Shiite Iran as a serious threat.

Iran’s chief negotiator Abbas Araqchi said on Sunday that Iranian banking and sanctions experts would also be present at the Vienna meeting, one of several rounds he said would take place in the coming six months.

Under the deal, the P5+1 will release oil revenues frozen in bank accounts and ease some sanctions and trade restrictions in a package worth some seven billion dollars (5.2 billion euros).

The core architecture of oil, finance and banking sanctions will however remain in place, resulting in lost oil revenues of $30 billion over the six months, according to the White House.

It remains to be seen, whether the United States will stick to another committment in the accord, that of not imposing any new sanctions for the half-year period.

Hawkish US lawmakers from both parties agree with Israel that the deal is too soft, and President Barack Obama is having to fight hard to convince them to hold off on new sanctions, even with a built-in six-month delay.

Some of the measures outlined in the Geneva accord tally with a separate framework deal signed by IAEA chief Yukiya Amano in Tehran on November 11, which will be discussed further in Wednesday’s meeting.

One of the six steps outlined in that accord, a visit to the Arak heavy water production plant at Arak — not the reactor, which the IAEA last visited in October — took place on Sunday. It was the first visit there since August 2011.

Noticeable by its absence in the November 11 deal was any specific reference to the IAEA’s stalled, two-year-old probe into alleged “military dimensions” before 2003, and possibly since, of Iran’s nuclear programme.

In order to reach a final, comprehensive deal, these potentially awkward questions — which include requests to visit the Parchin military base — need to be addressed, analysts say.

“Unless Iran satisfies the IAEA’s concerns, a final resolution appears doubtful,” David Albright and Andrea Stricker of the Institute for Science and International Security (ISIS) said.