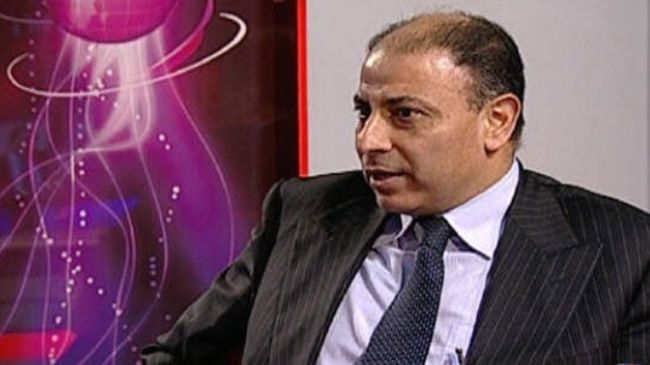 Head of Egyptian Interests Section in Tehran has described the Israeli regime as the only possessor of nuclear arsenal and a serious threat to the entire region, reiterating Cairo’s desire to see a Middle East free of nuclear or other weapons of mass destruction.

Khalid al-Said Ibrahim Amari further emphasized during an interview on Monday that the Tel Aviv regime must open its nuclear facilities to international inspections and accept global nuclear regulations.

Describing the recent Geneva nuclear agreement between the Islamic Republic and the six major world powers as “a significant step on the part of Iran to allay concerns” about Iran’s nuclear energy program, Amari noted that Egypt “welcomes the agreement and believes Iran demonstrated through this agreement that it can serve as a good example of transparency and dispelling concerns of the international community.”

On the prospects of his country’s relations with the with the new Iranian administration of President Hassan Rouhani, the Egyptian diplomat said both Iran and Egypt have had new governments “and Rouhani’s administration has clearly indicated that it pursues cooperation and friendship with regional countries,” a diplomatic move that Cairo welcomes.

“The process of developing Cairo-Tehran ties is moving on the right path and under the current circumstance, the understanding between Iran and Egypt is greater than any time in the past,” Amari noted.

Regarding the Syrian crisis, the Egyptian diplomat said his country continues to follow the developments in Syria carefully and supports a “political solution” to the crisis in the Arab country.

He further announced that Egypt has not yet received any formal invitation to participate in the Geneva II Conference on Syria and in case it is invited it will definitely participate in it.

Amari also underlined that if all countries that want to resolve international challenges through negotiations take part in the Geneva II confab, it can be a big step towards resolution of Syria crisis.

Although the international conference on Syria is slated for January 22, 2014, no country has been officially invited to it so far.