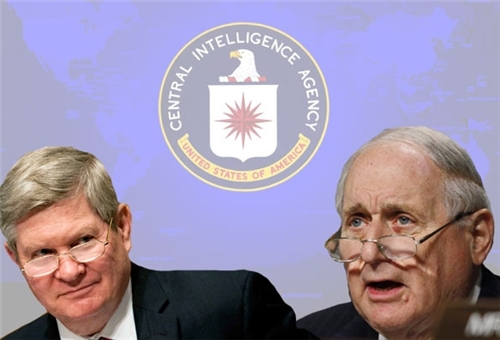 US senate asks CIA to spy on Iran’s cooperation on Geneva N. deal

TEHRAN (FNA)- The US Senate asked the US spy agency, CIA, to present a report to Congressmen on the level of Iran’s cooperation on the Geneva nuclear agreement.

Chairman of US Senate Banking Committee Tim Johnson and Chairman of Armed Forces Committee Karl Levin, in a letter to the CIA director, called on the latter to present a report of Iran’s cooperation with the world powers over a recently signed nuclear deal in Geneva, the Islamic republic news agency reported.

The CIA is requested to present the report to a meeting which is scheduled to be held late December to study intensification of sanctions against Iran.

This letter has also called on the US security organizations to present a major report to the US Senate, once every 45 days, up until the month of February, on the level of Iran’s cooperation on fulfillment of its commitments.

On November 24, Iran and the five permanent United Nations Security Council members sealed a six-month accord to lay the groundwork for the full resolution of the West’s decade-old dispute with Iran over its nuclear energy program.

In exchange for Tehran’s confidence-building bid to limit certain aspects of its nuclear activities, the Sextet of world powers agreed to lift some of the existing sanctions against Tehran.