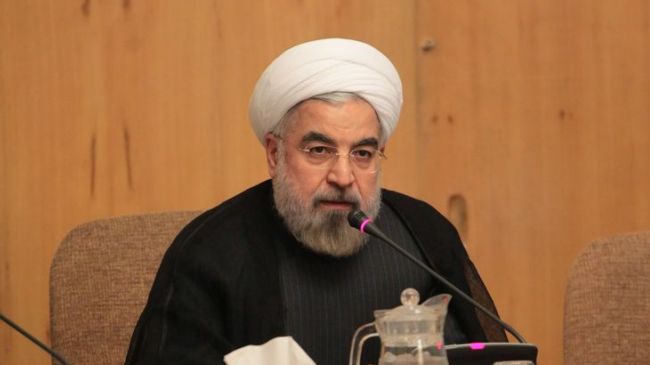 TEHRAN, Iran (AP) — Iran’s president has defended an interim nuclear deal reached with world powers last month that eases some sanctions in return for a halt to parts of the Islamic Republic’s uranium enrichment program, saying improving the economy is as important as maintaining a peaceful nuclear program.

Hassan Rouhani told students in Tehran Saturday that economic progress can’t be achieved without interaction with the outside world. He said his government will continue his policy of moderation, in sharp contrast to the bombastic style of his predecessor Mahmoud Ahmadinejad.

The six-month interim nuclear deal includes greater access for U.N. inspectors to Iran and a cap on the level of uranium enrichment.

Rouhani faces the difficult task of selling the interim agreement to skeptics and hard-liners at home.