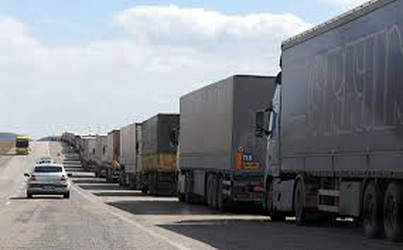 Report on shooting at Iranian trailers in Turkey dismissed

“The trailers which were attacked by unknown men are continuing their way in Turkey,” a spokesperson at Iran’s Consulate-General told IRNA in the city of Erzurum in eastern Turkey.

Turkish official news agency Anatolia had reported on Friday that two trailers belonging to Iranian nationals were set ablaze in the city of Agri while they were parked.

Anatolia also reported that the trailers were targeted by unknown gunmen.

The city of Agri is situated in Eastern Anatolia, some 150 km from the Iranian border.

The spokesperson said the fire was immediately extinguished by other drivers present in the scene.

“The Iranian drivers continued their way despite their trucks were damaged,” he added totally rejecting the issue of shooting at the Iranian trucks.

He said the “shootings were actually air shootings related to a wedding ceremony which was being held near the parking area.”