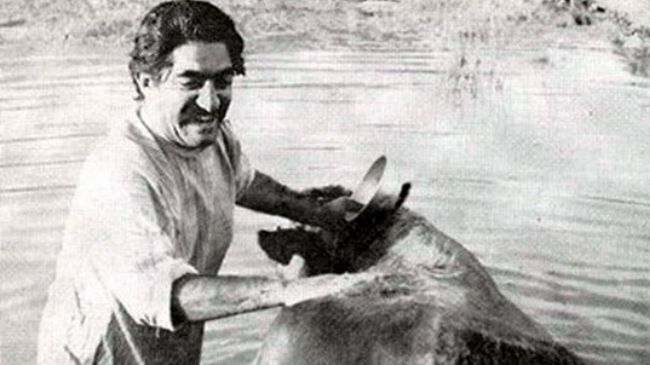 Veteran Iranian filmmaker and producer Dariush Mehrjui is planning to restore the award winning old film The Cow to show it on international screens.

Iran’s Pishgaman-e Cinema-ye Aria Laboratory is slated to do the required restoration on Mehrjui’s acclaimed film.

The Cow is an adapted work of the Iranian short stories collection The Mourners of Bayal written by Gholam Hossein Saedi.

The 74-year-old director, Mehrjui created the film in 1969 which was his second feature length production after his debut in 1966, Diamond 33.

The Cow narrates Masht Hassan, who owns the only cow in a remote and desolate village. There is a close relationship between the owner and the cow so that after the animal’s death Masht Hassan loses his mental balance.

The film won the International Critics Prize of the Venice Film Festival in 1971. It was the first award the Iranian motion picture industry ever received in an international event.

Born in 1939 in Tehran, the award winning director Mehrjui graduated from the UCLA University in Philosophy and Film Studies in 1964.

Mehrjui not only established modern Iranian cinema but he introduced realism, symbolism, and the sensibilities of art cinema.