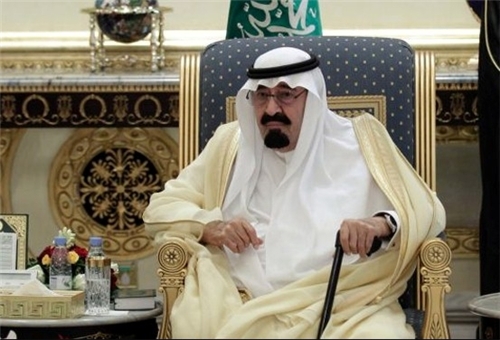 TEHRAN (FNA)- Saudi officials are worried that the nuclear agreement between Iran and G5+1 (US, Britain, France, Russia and China plus Germany) could promote Iran’s role in the region and consequently empower al-Assad’s government in Syria, US media said.

Simon Henderson in an article released by ‘The Atlantic’, deals with Saudi Arabia’s possible response to Iran’s nuclear deal.

“That’s the question on many people’s lips now that world powers have arrived at a nuclear deal with Iran. The simple answer is that they are probably as confused as the rest of us as they work out what the parties have agreed to and what they have conceded,” Henderson said.

He also added that Saudi kingdom looks at the nuclear deal as a great victory for Iran and as a disadvantage for itself.

“King Abdullah of Saudi Arabia is likely exasperated by the agreement and the Obama administration’s celebrations of it. How do I know? Because the king left Riyadh on Monday (Nov. 23) for the desert oasis of ‘Rawdhat Khuraim’. It’s the place he goes when he needs to relax,” Henderson underlined.

He said the Saudi officials have tried hard to avoid uttering anti-Shiite remarks when they are in the West and speaking to the Western officials, “but fearing the worst from the Geneva talks, Saudi officials have spent the past several days whipping up concern in New York, Washington, and London”.

On November 23, Prince Alwaleed bin Talal bin Abdulaziz told ‘The Wall Street Journal’ that his country would put maximum pressure on the US officials not to succumb to “the president of Iran’s soft talk”.

There has been severe enmity between Israel and Saudi Arabia for many years especially on Palestine’s issue, but Prince Alwaleed said “for the first time, Saudi Arabian interests and Israel are almost parallel. It’s incredible”.

“Incredulity is also a good word to sum up the feelings at a roundtable in Washington DC that I attended a few days earlier, when US officials, military officers, and think tankers questioned another prominent Saudi personality. Asked what the kingdom would do if Israeli aircraft flew over Saudi Arabia on their way to bomb Iranian nuclear facilities, the Saudi, whose remarks were off the record, replied, ‘Nothing. Why would we do anything? They would be doing what we want to happen’.”

Henderson said the Saudis are really enraged about their failure to impede the nuclear deal and the conciliatory approach of the US towards Iran, adding, “They are also concerned that in Syria, the Assad regime will survive, giving Iran a strategic victory rather than the setback that Riyadh has been trying to orchestrate through its support for jihadi opposition fighters in the country”.