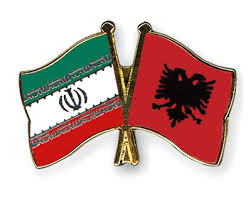 In the meeting, Bushati welcomed recent developments in Iranˈs foreign policy, adding that new approach of the country in solving nuclear issue is promising.

According to press office report of Iranˈs embassy in Tirana, Bushati, referring to current process for settling nuclear energy program of Iran, said that Albanian government welcomes recent Geneva agreement and considers full execution of the agreement as an important step in direction of final solution of the problem.

He added, in his belief, the recent agreement in Geneva is important both regionally and internationally.

Referring to high capacity of Albania and Iran in different fields, such as economy and culture, Bushati called for expansion of bilateral cooperation.

Iranˈs Ambassador to Tirana, for his part, explained considerable achievements of President Rohani government in the past three months in the foreign policy and stressed that the new government is ready to expand bilateral ties with Albania in issues of mutual interest.

Abdolmajid Mozaffari added that maintaining and developing friendly ties with all nations, including Albanian, is a principal policy and the political intention is to take effective steps towards developing all-out relations between the two nations.