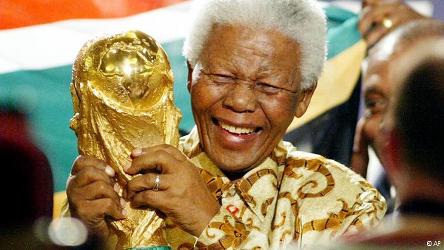 A street in Tehran to be named Mandela

Tehran, Dec 6, IRNA – Head of Tehran City Council sympathizing on sad demise of anti-apartheid icon, Nelson Mandela, early Friday morning, said that a street in Tehran will be named Mandela in his honor.

Ahmad Masjed- Jameˈie who was visiting a city district sympathized with municipality officials on the occasion on the giant personality of Mandela, whom he said had lived a whole life of long struggles against ignorance.

ˈTehran City Council will choose a street in the Iranian capital city and name it Nelson Mandela,ˈ he said.

Nelson Mandela, who became one of the worldˈs most beloved statesmen and a colossus of the 20th century when he emerged from 27 years in prison to negotiate an end to white minority rule in South Africa, has died. He was 95.

Mandelaˈs death closed the final chapter in South Africaˈs struggle to cast off apartheid, leaving the world with indelible memories of a man of astonishing grace and good humor.

As South Africaˈs first black president, the ex-boxer, lawyer and prisoner No. 46664 paved the way to racial reconciliation with well-chosen gestures of forgiveness. He lunched with the prosecutor who sent him to jail, sang the apartheid-era Afrikaans anthem at his inauguration, and traveled hundreds of miles to have tea with the widow of Hendrik Verwoerd, the prime minister at the time he was imprisoned.