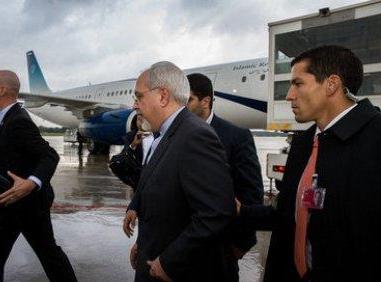 Tehran’s overtures to the Gulf present a historic opportunity

Consider this for a contradiction. In most western media outlets, the UAE and other Gulf states are invariably described as fearful of Iran, and mistrustful of the recent interim nuclear deal concluded between Iran and the P5+1, the permanent members of the UN Security Council and Germany.

However, it was Sheikh Abdullah bin Zayed, Minister of Foreign Affairs, who became the first senior Arab official to visit Iran after the interim deal was concluded. Even better, the UAE also chose precisely this moment to open its newly- built embassy in Tehran.

That is not the mark of a nation allegedly fearful of Iran, but of a new, dynamic UAE foreign policy that, while never losing sight of our long-term interests and aspirations, also adapts and adjusts to changed circumstances.

It is pointless to deny the fact that there are different interpretations about what the nuclear agreement with Iran has achieved. Supporters of the deal claim that Iran is now pledged to halt the enrichment of uranium to weapon-grade purity, “neutralise” stockpiles of highly-enriched uranium, and halt all activities at the Natanz and Fordow installations.

Critics of the deal point out that the agreement has not dismantled even one nuclear centrifuge or removed even one ounce of enriched uranium from Iran, which is what western governments had initially demanded.

These differences in assessing the deal are significant. Yet it is crucial to note that they may not be ultimately so important, provided the initial purpose of this deal is kept firmly in mind: this is just a temporary, interim agreement, one which only gives negotiators some time to move forward to a long-term settlement.

The real danger, therefore, is not so much with what has been agreed on, but lies in the possibility that, as is often the case in world politics, the temporary can become permanent, and the interim deal would remain the only agreement we have. That would condemn the Gulf region to further years of uncertainty, and the wider region to a prolonged period of instability.

The UAE, in conjunction with all its Gulf Cooperation Council partners, will be working hard to ensure that, while the provisions of the current deal are respected, the promise of a comprehensive agreement is neither ignored nor forgotten.

And, although we are not a party to these diplomatic negotiations with Iran, which very often take place in secret, the UAE is determined to play its part in pushing the process forward.

We start from the assumption that while the nuclear dossier currently attracts the world’s attention, no longer-term settlement will be durable unless it addresses the broader and more fundamental questions of Gulf security.

That, in turn, entails a resolution to all real territorial disputes and imaginary territorial claims, respect for the sovereignty, form of government and way of life of all regional states, a genuine commitment to treat neighbours as equals and a decisive contribution to ending the unspeakable humanitarian horror in Syria, which represents a blot on all humanity. Or, as Sheikh Abdullah succinctly put it during his stay in Tehran, relations between Iran and the rest of the Gulf should be based on “respect, cooperation and good neighbourliness”.

It is in this context that we interpret Mr Zarif’s recent visits to the Gulf, including the UAE, and his government’s promise that Iran will from now on “contribute to regional security”. If such words are followed by deeds, then a truly historic opportunity beckons.

The UAE has made it clear that we are ready to shoulder our part of this effort to consolidate regional stability. We were the first GCC nation to publicly welcome the conclusion of the interim nuclear deal with Iran. And we are pushing forward with economic links as well.

As Sheikh Abdullah pointed out, the UAE-Iran Joint Committee, tasked with promoting investment and trade between the two nations, will meet during the first half of next year. Our new embassy in Iran is not only a sign of our commitment to this process, but will also act as a facilitator for better trade and human contacts, the first port of call for our citizens as they go about their business in Iran.

Success in this process does not depend only on us, although failure, should it come about, will affect us all. But for someone like me, who has studied and researched our country’s diplomatic activity, the fact that the UAE is now such an active, forward-looking contributor to regional stability can only be a source of pride and satisfaction.