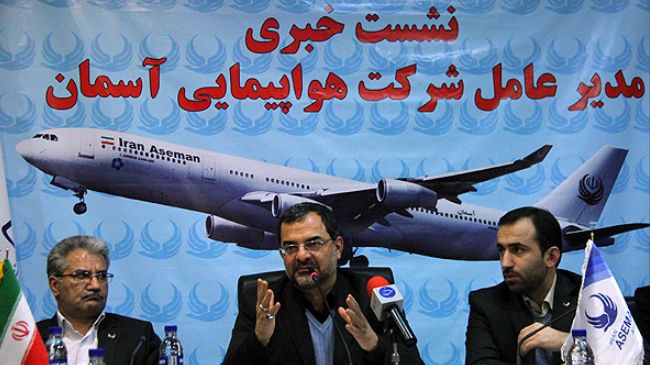 Iran Aseman Airlines has expressed readiness to launch direct flights between Tehran and New York should the diplomatic efforts between Iranian and American officials bear fruit.

“To this effect, relevant measures concerning the obtainment of permits from Iran’s Civil Aviation Organization and the US Federal Aviation Administration must be taken, and flights will start once necessary documents have been received,” the airline’s managing director Abbas Rahmatian told reporters at a press briefing in Tehran on Wednesday.

He further noted that Tehran-New York flight will take some 13 hours with an Airbus A340 four-engine wide-body commercial passenger jet airliner.

“In order to have a permanent air route on this line, we should have aircraft that can fly between 13 and 14 hours non-stop over oceans without refueling,” Rahmatian pointed out.

On September 30, Akbar Torkan, former acting head of the High Council of Iranian Affairs Abroad, said that Iranian President Hassan Rouhani has issued an order to study the option of resuming direct flights between the two countries in order to reduce the problems of Iranian nationals residing in the US.

More than one million Iranian nationals live in the United States. Direct flights between Iran and America were halted after Iran’s Islamic Revolution of 1979.