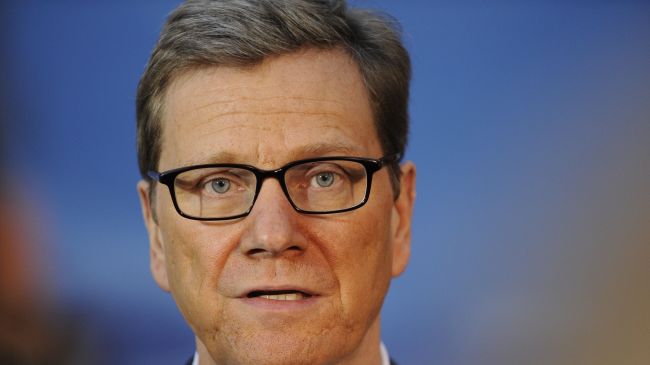 Speaking ahead of the meeting of the NATO-Russia Council in Brussels, Westerwelle lauded Moscowˈs engagement in making the landmark November 24 deal between Iran and six world powers (the US, Russia, China, Britain, France and Germany).

Russia played ˈa very important roleˈ in reaching an initial accord with Iran in Geneva, according to Westerwelle.

He stressed also the importance of cooperating with Russia on the Syrian conflict amid ongoing differences of opinion on the issue.

The NATO-Russia Council was scheduled to discuss the situation in Ukraine as well as the future of the NATO-led International Security Assistance Force (ISAF) in Afghanistan after 2014 and the removal of chemical weapons from Syria whose preparations are being monitored by Russia.