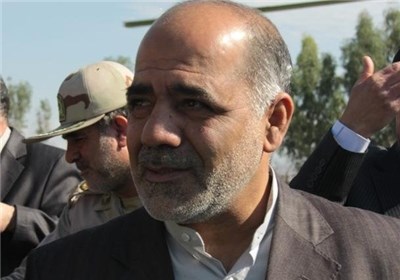 TEHRAN (FNA)- Iranian Deputy Interior Minister for Security Affairs Ali Abdollahi underlined that the interior ministry has taken harsh measures against the presence of illegal immigrants in Iran and hundreds of such people are arrested everyday along the country’s Eastern borders.

“The government is determined to confront this phenomenon and in some days more than 1,000 people are arrested along the borders,” Abdollahi told FNA on Monday.

He pointed to the facilities provided by the Iranian government for the legal presence of foreigners in Iran, and said, “Many Afghans enter the country illegally and most of them come from Pakistan.”

Abdollahi pointed to the clashes along the country’s Eastern borders, which he said erupt due to the illegal entry of Afghans from Pakistan border, and said, “The number of people arrested for illegal entry everyday shows Iran’s seriousness in legalizing the presence of foreign nationals in Iran.”

The first flow of Afghan refugees to Iran began in the 1980s during the presence of former Soviet Union army in the Muslim country. They were mostly refugees who fled Afghanistan as traders, businessmen, workers, exchange students, diplomats, tourists and other visitors.

As of March 2009, nearly 1 million Afghan nationals were reported to be living in Iran. The ones designated as refugees are under the protection and care of the United Nations High Commissioner for Refugees (UNHCR) and provided legal status by the Government of Iran. Afghan refugees are being treated with respect in Iran.

They, however, cannot obtain Iranian citizenship or permanent residency, and live in Iran under time-limited condition of stay.