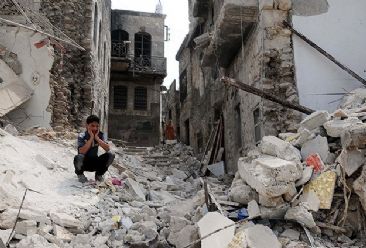 Over 2,500 people killed in Syria in November

4 people killed per hour in Syria. 14% of casualties are children, and 8% are women.

Syrian regime forces killed 2,583 people during the attacks and operations against the opposition groups across the country in November, Syrian Network for Human Rights reports.

According to the report released by SNHR, 2,583 people including 663 from opposition groups and 1,920 civilians were killed during the attacks staged by the regime forces in November.

227 of the civilians were children, while 194 were women, and 122 were killed with torture in the jails and police stations controlled by the Syrian regime.

Averagely 92 people were killed per day which means 4 people per hour, the report states, and 9 children passes away each day which is 14% of the total death toll in November.

It was also stated in the report that regime forces staged attacks with artillery, snipers and missiles killing 6 women per day which is 8% of the total death toll.

Since the start of the protests against the Assad regime in Syria, 12,000 children and 11,000 women had been killed, the report said.