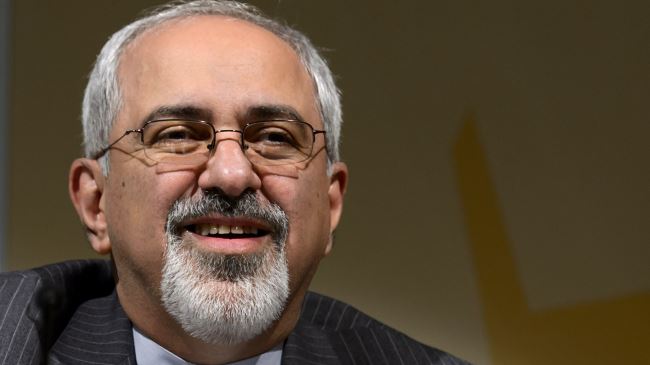 Iranian Foreign Minister Mohammad Javad Zarif has called for expansion of cooperation between Iran and Oman in line with Tehran’s policy of furthering ties with neighboring countries.

Zarif is on a two-leg trip to Kuwait and Oman to discuss regional and international issues. The Iranian minister wrapped up his official visit to Kuwait on Sunday and arrived in Muscat later in the day, on the second and final leg of his regional trip.

The Islamic Republic of Iran “accords special respect to Oman as a good neighbor.”

The Omani ruler, for his part, hailed the close ties between the two countries and expressed his country’s determination to improve bilateral ties with Iran.

At a separate meeting, Zarif also met with Oman’s Foreign Minister Youssef bin Alawi bin Abdullah, where he reviewed the progress of political, economic and cultural cooperation between the two countries.

The two senior officials also discussed regional developments in the Middle East, particularly the crisis in Syria, and pledged to tackle extremism through closer cooperation.

Bilateral agreements, including the progress of a gas pipeline project, which aims to carry Iran’s natural gas to the Persian Gulf sultanate, were among other issues that were discussed during the visit.

On August 26, Iran and Oman signed an agreement on the export of Iranian gas to the Persian Gulf state. The deal was signed between Iranian Oil Minister Bijan Namdar Zanganeh and his Omani counterpart, Mohammed bin Hamad Al Rumhy, in Tehran.