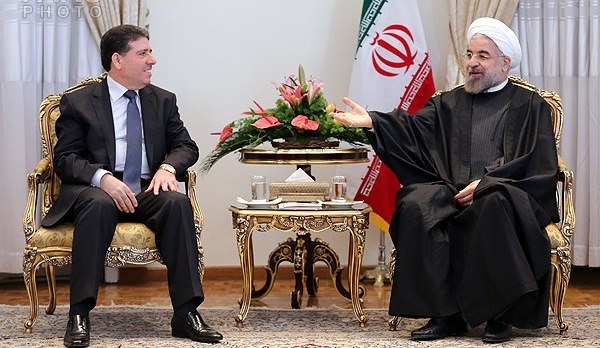 Rouhani made the remarks during a meeting with the visiting Syrian Prime Minister Wael al-Halqi in Tehran on Sunday.

“The problem of terrorism and extremism are sources of peril for all the world including the regional nations,” he said, adding that Syria suffers from the problem these days.

“All the countries should counter these problems (terrorism and extremism) and tackle the issue,” he emphasized.

The Islamic republic has urged all its neighbors to help the Syrian people with the humanitarian aid to lessen their agonies, he said, adding that Iran will do its responsibility in this regard.

The Iranian president expressed hope that bilateral relations between Tehran and Damascus will further strengthen and develop in all areas.

The Syrian leader congratulated Iran on the recent nuclear agreement with the powers, saying that “the agreement is a historic victory for the Iranian leader, president and the nation, which will affect positively the region and the world.”

Al-Halqi arrived in Tehran on Friday for talks on hot topics.