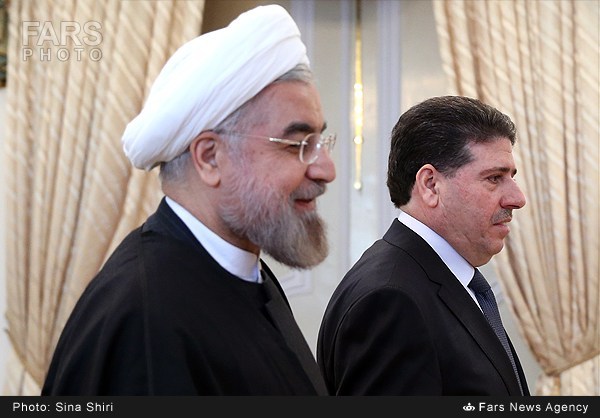 Tehran, Dec 1, IRNA – President Hassan Rouhani here on Sunday referred to terrorism and extremism as the biggest problems of the region.

The President made the remarks in a meeting with the visiting Syrian Prime Minister Wael Nader Al-Halqi.

Noting that the ˈmost dangerous regional and extra-regional terrorists are presently concentrated in Syria,ˈ President Rouhani said terrorism and extremism are dangerous for all countries, particularly for regional states.

Referring to Tehran’s diplomatic efforts to prevent waging any war in Syria, the President said Iran has “extended all its efforts to avoid imposing a war on the region including Syria.”

To this end, he added, “Tehran has made several consultations with influential states both inside and outside the region.”

Referring to Syria as Iran’s friendly state, he expressed hope that bilateral cooperation would further boost between the two capitals.

The Syrian prime minister, for his part, conveyed the warmest greetings of President Bashar al-Assad to his Iranian counterpart and felicitated President Rouhani on the first step nuclear deal with the Group 5+1.

Al-Halqi called the deal a “historic triumph for Iran’s leadership, its President and people.”

He noted that the deal would have positive impacts on major regional and international developments.