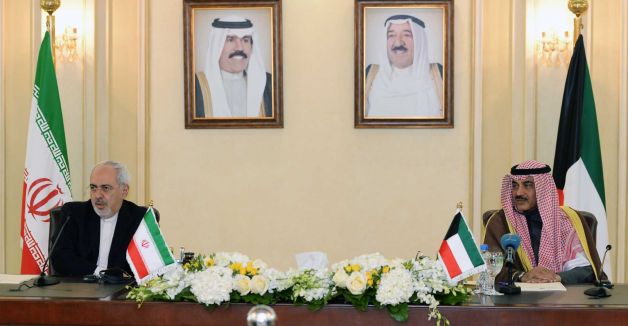 (Reuters) – Iran said on Sunday it wanted stronger cooperation with U.S. ally Saudi Arabia, as it seeks to ease concerns among Gulf Arab neighbors about a potential resurgence in its influence following a nuclear deal with world powers.

Iranian Foreign Minister Javad Zarif, on a tour of Gulf Arab states, said after talks in Kuwait that no date had been set for an expected visit to Sunni Muslim power Saudi Arabia, Shi’ite Iran’s main regional rival.

But he suggested the nuclear deal reached in Geneva on November 24 should not be seen as a threat.

“This agreement cannot be at the expense of any country in the region,” Zarif, speaking through an interpreter, told reporters at a news conference after discussions with his Kuwaiti counterpart, Sheikh Sabah al-Hamad al-Sabah.

Asked about reports he also planned to visit Riyadh, Zarif said no date had yet been set for such a visit.

“We look at Saudi Arabia as an important and influential regional country and we are working to strengthen cooperation with it for the benefit of the region,” Zarif said.

He did not elaborate on how this might be done.

U.S.-allied Gulf Arab states cautiously welcomed the nuclear accord reached last month, but some officials have demanded assurances that the deal would contribute to their security.

The six members of the Gulf Cooperation Council (GCC) are wary of Iranian influence in the Middle East, fearing the Shi’ite Muslim-led country is seeking regional dominance and stirring sectarian tensions.

They worry Iran’s nuclear program is aimed at producing a nuclear weapon, a charge Tehran has constantly denied.

UAE Foreign Minister Sheikh Abdullah bin Zayed called for a partnership with Iran last week when he became the first Gulf Arab official to visit Tehran since the agreement was signed.

Improving relations with regional countries is a central plank of Iran’s diplomatic policy under its new president, Hassan Rouhani, and Zarif was due to travel to Oman, another member of the GCC, after Kuwait.

Asked about three disputed Gulf islands held by Iran but claimed by the United Arab Emirates, Zarif said Tehran was ready to talk about one of the islands, Abu Musa.

Rouhani and Zarif have stressed greater regional stability as a priority, arguably an attempt to blunt the opposition of Gulf countries, particularly Saudi Arabia, to Tehran’s newly minted nuclear deal with world powers.