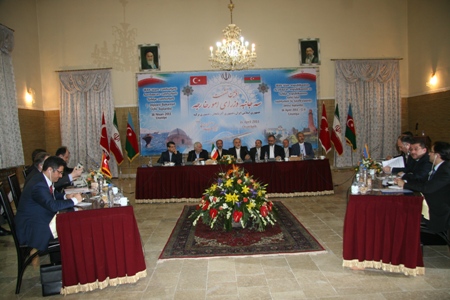 Baku, Nov 30, IRNA – Turkish Ambassador to Baku Alper Jushkon announced that Iran, Turkey and Azerbaijan are expected to hold a trilateral meeting in the second half of December in Turkey.

“It is expected that the trilateral meeting of Iranian, Turkish and Azeri foreign ministers to be held in the second half of December,” the Turkish ambassador told reporters in the Azeri capital on Friday.

He, however, said that the exact date and place of the upcoming trilateral meeting in not known as yet.

“The necessary coordination in this regard is underway and after agreement between the three sides the date of the meeting will be announced.

The first trilateral foreign ministerial meeting between Iran, Azerbaijan and Turkey was held in Orumieh in Iran’s West Azarbaijan province and the second was held in Nakhchevan, Azerbaijan. The third meeting was scheduled to be held in Turkey that has been delayed until now.