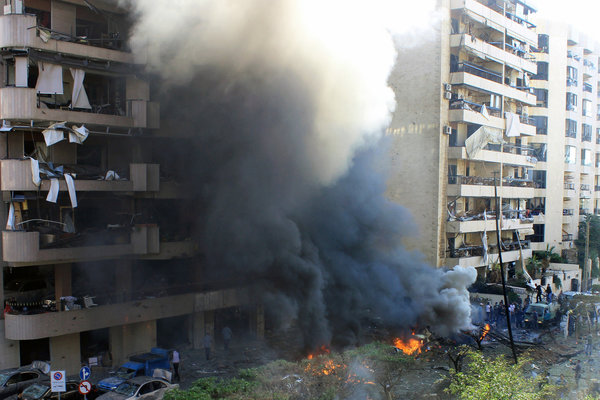 BEIRUT, Nov. 29 (Xinhua) — Visiting vice chairman of the Iranian parliamentarian National Security Committee Mansour Hakikat expressed Friday his country’s gratitude for the Lebanese government and people for the wide support they showed following the terrorist attack that targeted the Iranian embassy in Beirut.

Hakikat, who visited Lebanon’s caretaker Foreign Affairs Minister Adnan Mansour, stressed that “we have witnessed a unified Lebanese consolidation stance with us, and we decided to present to Lebanon an official Iranian appreciation.”

He added that the Iranian government is confident that “the Lebanese government and security agencies will do its utmost to protect the Iranian institutions and embassy in Lebanon, denying the rumors about moving the embassy to new premises.”

26 people were killed and more than 150 others were injured following a twin suicide bombing that targeted the Iranian embassy in the southern suburbs of Beirut on November 20th.

The Iranian cultural attache was killed in the attack that media reports speculated it was targeting the Iranian ambassador.

An affiliated al-Qaida group called the “Abdallah Azzam Brigades” claimed responsibility for the attack, and said it aimed at “pressuring Hezbollah to retrieve its fighters from Syria.”