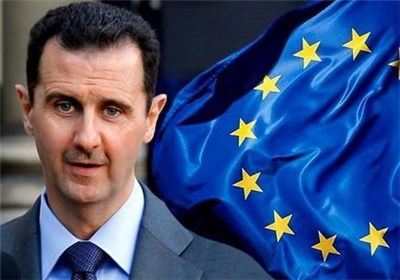 European envoys back on road to Damascus

TEHRAN (Tasnim) – European ambassadors and intelligence officials are making discreet trips to Damascus in a bid to resume contacts with the Syrian government after years of outspoken support for the opposition, diplomats said.

”Since May, little by little, we have begun to return, at first cautiously for a day, then two, then three,” explained one European ambassador to Syria who has been based in Beirut since December 2012.

”Now we are going once or twice a month,” the ambassador added.

Much of the diplomatic corps based in Damascus left the city last December.

More than 120,000 people have been killed in Syria’s 32-month conflict, which also has forced millions to flee their homes.

Of the EU nations, only the Czech Republic’s envoy Eva Filippi has remained in the Syrian capital throughout the conflict, AFP reported.

But a slew of envoys from Europe, including Austria, Romania, Spain, Sweden, Denmark and the EU’s charge d’affaires, now regularly make trips back to Damascus.

Some even attended a briefing earlier this week with Deputy Foreign Minister Faisal Muqdad.