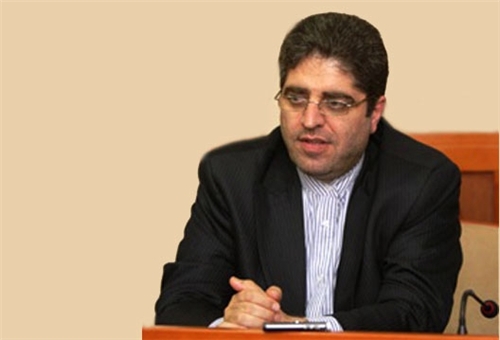 TEHRAN (FNA)- Iranian and Ukrainian officials in a meeting in Kiev on Wednesday underlined the need for the further expansion of the bilateral relations.

During the meeting, Qassemi pointed to the status quo in Iran-Ukraine relations, and said, “There are abundant capacities for improving the two countries’ relations.

He expressed the hope that the Iran-Ukraine relations would enter a new phase after the upcoming joint economic cooperation commission meeting in Tehran.

The Ukrainian deputy prime minister, for his part, voiced pleasure in the hectic diplomatic moves made by the outgoing Iranian envoy in Kiev, and said, “We have a very positive assessment of your performance during your mission in Ukraine; we believe that you have done the best among the (Iranian) ambassadors and hope that the next envoy will be as active as you have been.”

He also reiterated his country’s readiness to expand relations with Iran in different fields.

Iran’s President Hassan Rouhani had underlined earlier this year that the Iran-Ukraine relations are expanding in different areas, specially in industrial and agricultural fields.

Speaking in a meeting with Hryshchenko in Tehran in August, Rouhani said, “The two countries have had good relations in agricultural and industrial fields.”

The Iranian president noted that there are always different ways for the further expansion of the bilateral ties, which need to be studied.

The Ukrainian deputy prime minister, for his part, said that his country welcomes broadening of relations with Iran, specially in cultural fields.

Hryshchenko was in Tehran to attend Rouhani’s swearing-in ceremony.

After purchasing the production license for the Antonov-140 from Ukraine in 2000, Iran built its first Iran-140 passenger plane in 2003.

The first IRAN-140 aircraft was introduced by Iran in 2003. Five domestically-manufactured IRAN-140 planes were completed in October 2008 to increase the country’s transportation capacity and upgrade the Iranian passenger fleet.

The IRAN-140 is a double-engine turboprop aircraft which can fly almost 1,865 miles before re-fueling and its passenger model seats 52 people.