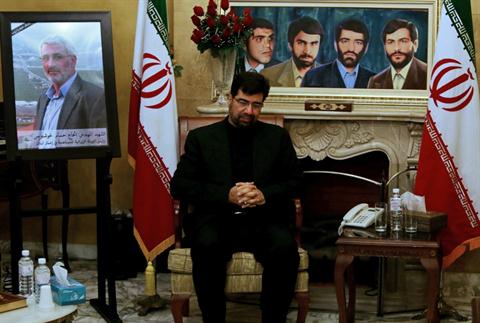 Beirut, Nov 27, IRNA — Iranian Ambassador to Lebanon Ghazanfar Roknabadi said on Wednesday that the nuclear agreement signed between the Islamic Republic of Iran and G5+1 will have positive impacts on Lebanon economy.

Roknabadi made the remarks in an interview with the Lebanese OTV.

The agreement indicated that the Islamic Republic of Iran was quite successful to thwart conspiracies of the occupying regime of Tel Aviv, he said.

The Ambassador said that there is no doubt that the agreement will be very promising for the future of the Lebanese economy and that of the entire region.

He deplored spread of terrorism and bloodshed in the region and said that growth of extremism, will serve the Zionist regime.

On the issue of Palestine, Roknabadi said that Iran always backs Palestine and has paid high price for the support in the past 34 years.

On recent dastardly terrorist attack against Iranian Embassy in Lebanon, he said the occurrence of such moves will double our strength and resistance to terrorism and put seal of approval on our righteous foreign policy standing up to occupation.