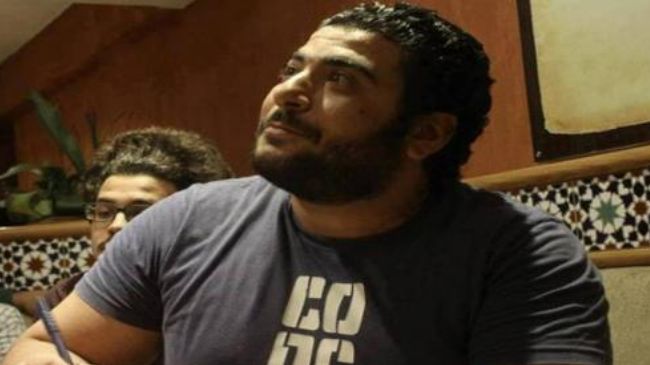 Egyptian forces have arrested prominent journalist Ramy Jan, the founder of Christians Against the Coup movement, as crackdown continues on activists opposing the military rule in the country.

The Coptic activist was arrested on Thursday over establishing the opposition movement.

Jan and his followers say the movement is aimed at refuting claims that all Christians are against the Muslim Brotherhood.

The arrest came a day after Egypt’s prosecutor general ordered a four-day detention for two dozen activists arrested during protests against a new law that criminalizes demonstrations without permit.

Egyptian state news agency MENA said on Wednesday that the detained activists were accused of violating the controversial law by not obtaining a permit from the Egyptian Interior Ministry, by using force, and by carrying knives and resisting police.

Authorities are seeking to detain Ahmad Maher, the founder of the April 6 movement against former dictator Hosni Mubarak, and Alaa Abdel Fattah, a prominent activist.

On November 24, Egypt enacted a controversial new protest law, under which the gatherings of more than 10 people require a written permit three days prior to the protest.

Tensions in Egypt have been running high since the first democratically-elected president, Mohamed Morsi, was ousted on July 3. Hundreds have lost their lives in the ensuing violence across the country.