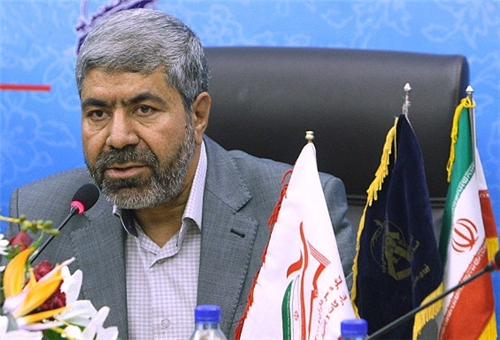 TEHRAN (FNA)- Head of the Islamic Revolution Guard Corps (IRGC) Public Relations Department Brigadier General Ramezan Sharif lashed out at the US for its double-standards towards different nations, and said that American officials do not understand logic and reasoning.

“The US has double-standards towards social issues of nations and the language that Americans understands is the language of force,” General Sharif said, addressing the Basijis (Volunteer forces) in the Northeastern Iranian city of Neishabour on Tuesday.

He underlined that the US does not have the power of 10 years ago or even two years ago, and added, “The pillars of the US strength have become seriously shaky in the world, specially in the Middle-East.”

The IRGC official said that the Iranian nation has brought the criminal regime of Israel to its knees, adding, “The behavior of the Americans is in such a way that whenever democracy benefits them, they support it and whenever it harms them, they strongly oppose it.”

General Sharif stressed that if Iran did not have internal stability and full-preparedness to confront the world arrogant powers, the enemies would not hesitate to attack the Islamic Republic.

In October, Senior Military Aide to the Iranian Supreme Leader Major General Yahya Rahim Safavi blasted Washington for its long track record of hostilities against Tehran, and said the American officials cannot be trusted for talks.

“George W. Bush has said in his diary book that they wanted to attack Iran after the wars in Afghanistan and Iraq, but their military forces opposed it,” Rahim Safavi told FNA.

“This means that they had hatched plots against Iran, but the US has failed to succeed in the attainment of its strategic goals,” he added.

Rahim Safavi also referred to Iran’s assistance to the US during the Bonn Conference on Afghanistan, and said, “The Americans didn’t make any concessions to Iran and for this and other reasons, the Americans cannot be trusted.”

In relevant remarks early October, Supreme Leader of the Islamic Revolution Ayatollah Seyed Ali Khamenei voiced strong support for President Hassan Rouhani’s diplomatic efforts, but meantime avoided throwing his weight behind each and every move that the president made in his recent New York visit, saying that he lacks trust in the US.

“We support the movement in government’s diplomacy, including the New York visit, since we hold trust in the … government and we are optimistic about it, but some of what happened in the New York visit were not proper because we believe the US administration is untrustworthy, conceited, illogical and unfaithful to its pledges,” Ayatollah Khamenei said, addressing a cadets graduation ceremony here in Tehran at the time.

He reiterated his confidence in the Iranian officials, yet, he advised them “to take their steps strongly, but carefully and after thorough study”, underlining that the country’s officials should always have national interests, Islamic Republic’s exalted causes and national honor in mind.