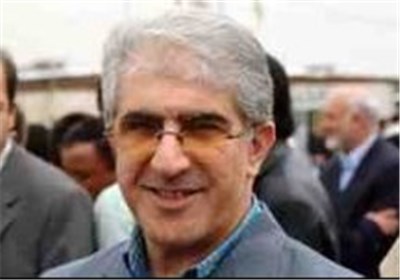 TEHRAN (Tasnim) – Geneva talks were beneficial for Iran in more than one aspect, as they proved Iran’s right and might to the world powers, and Iranian lawmaker said on Wednesday.

“Geneva negotiations showed the righteousness of the Iranian nation and made the world concede to Iran’s major power and role in issues of concern to the international community,” Ebrahim Rezaie told the Tasnim News Agency in Arak, Markazi province.

Calling the nuclear deal a victory for Tehran, he said that the Iranian delegation managed to prove the country’s rights in talks with with six top world powers, and proved that Iran would not back down from core its rights and its interests.

“I hope these initial agreements will serve as a step towards resolving the existing problems and efforts will be made to lift the unjust sanctions,” he added.

According to the deal agreed on the weekend in Geneva, Iran will stop enriching uranium beyond 5% and neutralize its stockpile of uranium enriched beyond this point. It will also allow greater access to inspectors including daily access at Natanz and Fordow, two of Iran’s key nuclear sites, while agreeing to stop construction work at Arak heavy-water research reactor.

In return, there will be no new nuclear-related sanctions for six months, and some of the sanctions, including those on trade of precious metals, on Iran’s car-making sector and its petrochemical exports will be suspended during the period – which can be extended by mutual agreement.

Some of Iran’s frozen assets will be transferred in instalments, while there will be fewer restrictions on the sale of crude oil in this period and the revenues from the sale of oil will not be subject to the sanctions regime.

many in Iran consider the interim deal as a success for the country, as they contend it recognizes Iran’s right to enrich uranium for peaceful purposes, but the US insists that the deal does not include any word or phrase that explicitly grants Iran that right.

On Tuesday, Parliament Speaker Ali Larijani said Iran’s right to enrichment does not require admission of any country, and added, “All member countries of the (International Atomic Energy) agency, which have signed the NPT, are entitled to the (enrichment) right, even though they do not apply that right.”

Also Foreign Minister Mohammad Javad Zarif had earlier said “Iran’s enrichment right has no need to be recognized because it is an indivisible right based on the NPT.”

In recent years, Russia and China have signaled acceptance of Iran’s demand that it’s right to enrich for peaceful purposes be recognized, and Germany supports the right of any country to that activity as long as it is peaceful. But the other three nations at the table with Iran — the United States, Britain and France — have continued to balk.