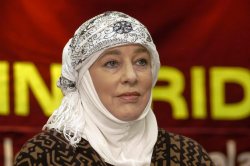 London, Nov 26, IRNA – The agreement signed by Iran and P5+1 in Geneva at the weekend, is a major breakthrough for Iran and the West, according to British journalist and broadcaster Yvonne Ridley.

“This is an extremely major breakthrough – not for Iran, but for the West which has, I believe, finally woken up to the fact that Iran never had any nuclear weapon ambitions”, she told IRNA.

She added that but Iran has “a major influence in an increasingly volatile region”.

“It is going to be very challenging for Obama to sell this deal to his own people and AIPAC in particular but heˈs in his final term of office so politically has little or nothing to lose and everything to gain as a peacemaker.”

Regarding Israelˈs angry reaction to the Geneva deal, the broadcaster said “Israel is the one which has now become isolated but this is a dangerous position for the volatile Zionist state to be in and its enemies should proceed with caution and not glee.”

“Israel is a nuclear power in the region and it is also unstable and a threat to peace; the words coming out of  Tel Aviv at the moment are not helpful,” she concluded.