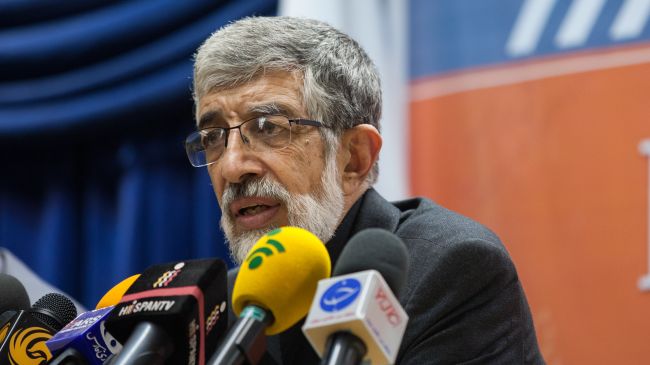 TEHRAN, Nov. 25 (MNA) – Iranian MP Gholam-Ali Haddad Adel has dismissed the calls by some members of the Majlis, who say the recent nuclear deal must be ratified by the parliament.

“I don’t think there is any need to examine and ratify the agreement in the Majlis,” Haddad Adel, who formerly served as the speaker of parliament, said in an interview with the Islamic Consultative Assembly News Agency (ICANA) on Sunday.

In an open session of the Iranian parliament on Sunday, a number of Iranian MPs criticized the long-expected nuclear deal clinched on Sunday in Geneva by Iran and the 5+1 group (United States, Russia, China, Britain, France, and Germany).

Rejecting the criticism, Haddad Adel described the agreement as a “positive first step” that could pave the way for upholding the rights of the Iranian nation.

He also rejected the proposal made by some MPs to study the draft agreement, saying, “If the deal were to be examined in the parliament, it should have been announced before the Iranian diplomats started their talks with the group.”

“Deeming such a right necessary would disrupt the positive trend of the talks because it could create similar expectations on the other side as well,” he added.

In the historic deal on Iran’s nuclear program, Iran made some concessions in return for slight relief from some of the sanctions imposed by the West.

Iranian Foreign Minister Mohammad Javad Zarif said on Sunday that the agreement recognized Iran’s right to enrich uranium, but U.S Secretary of State John Kerry denied it made any such reference.

However, the six major powers involved in the marathon talks hailed the preliminary agreement, which seemed unthinkable only a few months ago.